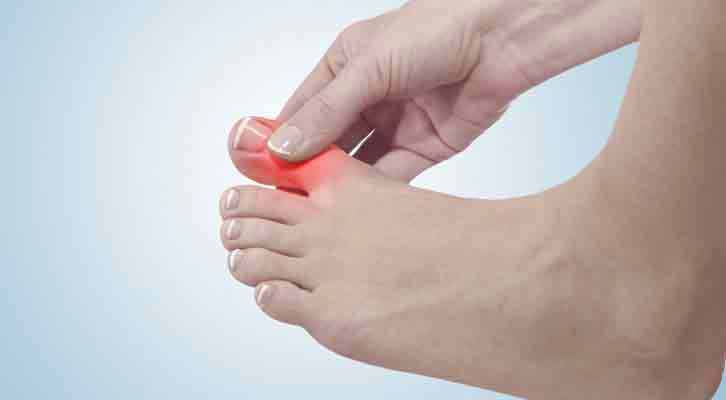 Joint pain is a common type of pain that people experience. This particular type of pain can be caused by numerous factors, such as sustaining an injury to a part of the body where joints are located. Another common cause that contributes toward joint pain is arthritis, but this term really describes over 100 different diseases that affect the joints in various ways. The International Association For The Study Of Pain reports that back pain and joint pain account for the largest number of chronic pain cases, and around 52.5 million adults in the United States, accounting for approximately 22.7% of the adult population in the country, suffer from joint pain and other arthritis-related symptoms. While rheumatoid arthritis and osteoarthritis are the most prevalent types of these diseases that affect joints in the human body, Gout is another common form of arthritis that can cause severe pain and other accompanying symptoms.

Gout is classified as one of the most painful forms of arthritis. It often develops in a patient’s big toe, but can also occur in other parts of the body. The disease is caused by uric acid deposits that form crystals within the joints, which then leads to sharp sensations of pain. The National Institute of Arthritis and Musculoskeletal and Skin Disease reports that, apart from the big toe, gout is also commonly found in the ankles and heels, the insteps, knees, fingers, elbows, and writs. They also report that, apart from the pain that is associated with this disease, patients may also experience warmth in the affected area, accompanied by inflammation and redness. Similar to other types of arthritis, gout can also lead to joint stiffness as well.

Parasites In The Human Body

The human body is home to a vast range of bacterial species and other types of living microorganisms. While many of these microorganisms are essential to life and serve vital functions in the digestive tract and other parts of the human body, some microorganisms are harmful and may wreak havoc on the host’s overall health. Parasites are a particular example of microorganisms that can reside within the human body. According to Medical News Today, a parasite depends on its host to survive. Parasites continuously draw from the host in order to thrive – which includes multiplying and growing as well. When the host dies, the parasite does not have an appropriate environment to survive anymore. In most cases, parasites may not cause severe symptoms to develop or lead to mortality, but there are cases where the parasites that inhabit a human body causes infection or other types of health conditions to arise, which may lead to life-threatening symptoms.

The three primary types of parasites that are commonly found in human hosts include Protozoa, Helminths, and Ectoparasites. Each has their own characteristics and may cause different symptoms to develop, should they become harmful to the host’s body. Quite an interesting fact is that at least 90% of the global human population has some types of parasites living in their bodies, as reported by Natural News.

How Do We Obtain Parasites?

Before we can truly get rid of parasites, we first need to learn how to avoid them. To understand how we can avoid them, we need to determine how we obtain them in the first place. There is no use in getting rid of parasites in your own body if you are simply going to become contaminated with new parasites afterward. Humaworm reports that one of the most common sources of parasites is contaminated water, but we can also obtain parasites from other humans, such as friends and family members. Animals are also a common source – in fact, medical experts have identified as much as 240 different diseases that can be spread from animals to humans through parasites. Other than these factors, undercooked meat can also contribute to parasites inhabiting your body, as well as unwashed vegetables and fruits.

To identify whether you may have a parasitic infestation in your body, there are some common symptoms that you can look out for. The University of Maryland Medical Center reports that these parasites that can invade the human body often leads to symptoms such as diarrhea and abdominal pain, as well as vomiting and nausea. Bloating and gas, as well as dysentery, can also be signs of parasites. Furthermore, stomach tenderness and pain, as well as a constant feeling of tiredness, have also been linked to parasites in the human body. 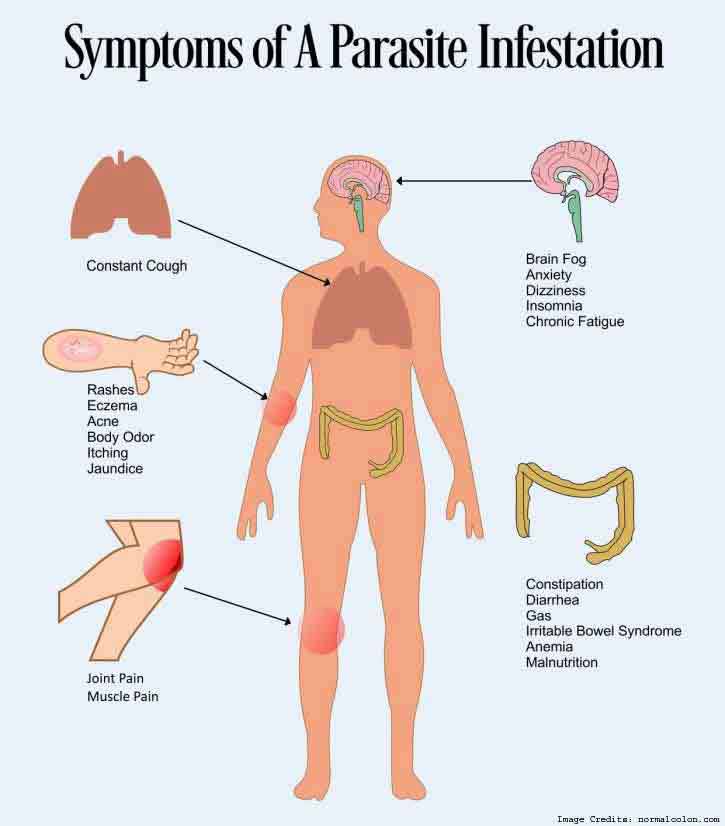 The Connection Between Parasites And Gout

While the purpose of this post is the discuss the connection between parasites in the body and gout, it was important first to discuss what parasites are, how they enter the body and what symptoms they may cause. This will help a person with gout or symptoms related to this disease identify whether there is a possibility that parasites might be causing their symptoms to be more severe. A report says that, while it has always been known that parasites do contribute to gout in some ways, recent studies have provided more solid evidence and it is now, more than ever before, believed that parasites do play a significant part in the symptoms that are associated with gout. The primary connection lies within the kidneys, where parasites impair the functionality of the kidney in some ways. The result is an increased amount of uric acid being present in the body, which then accumulates in areas where joints are found, causes crystals to form and the result is a flare of gout symptoms.

Gout is a painful disease that is amongst the hundreds of arthritis diseases that can affect the joint. This disease can lead to sharp painful sensations in the joints, caused by the uric acid crystals, as well as inflammation and other symptoms. Many people develop this condition due to various causes, and recent studies suggest that parasites that reside within the human body may be one of the contributing factors to cause gout-related symptoms. Fortunately, there are methods that can be executed to reduce the parasitic content in the human body and to avoid this particular risk factor.