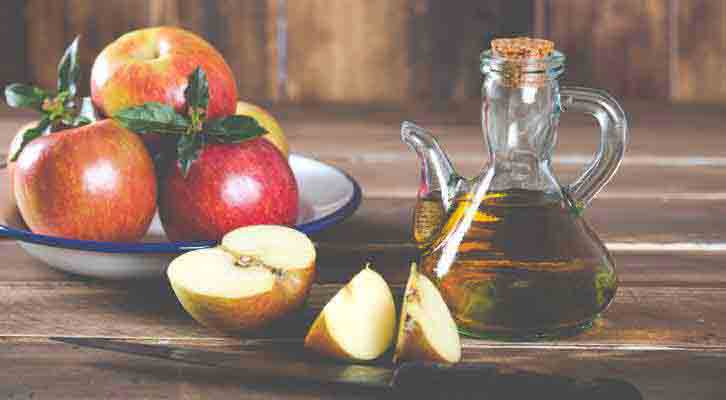 In order to relieve pain associated with joints, you can use various medications that were prescribed by your doctor, over-the-counter pills, and some home remedies that target the inflammation in order to decrease the pain. One of these home remedies is apple cider vinegar. If you experience joint pain and never used apple cider vinegar before, then you should definitely do so.

This article will show benefits of apple cider vinegar for joint pain so keep reading to find out how it can help you.

Apple cider vinegar is a natural anti-inflammatory agent. This is important because there are more than 100 types of arthritis and although it is widely believed that arthritis develops due to aging, some people can develop this pain in earlier stages of life.

Arthritis can be also caused by the virus and many other factors that induce inflammation and develop pain you feel. Due to its anti-inflammatory properties, apple cider vinegar tackles inflammation and relieves the pain. For example, many people have reported remarkable pain relief simply through consumption of 1 – 2 tablespoons of apple cider vinegar every morning.

Several studies have shown that people who suffer from rheumatoid arthritis usually have lower levels of potassium in their blood. This assumption inspired a group of scientists to conduct a research and investigate whether potassium is, indeed, associated with joint pain which is the major factor of arthritis.

The study was conducted by Rastmanesh R from Faculty of Nutrition and Food Sciences, Department of Human Nutrition, at Shaheed Beheshti University of Medical Sciences in Tehran and the team of scientists. The study included 32 patients who suffer from rheumatoid arthritis and they also had lower levels of potassium in their organism. Findings of this study were published in the Journal of Pain and they showed that participants who received potassium reported lower pain intensity compared to patients who received placebo.

Apple cider vinegar is a great source of potassium; 1 tablespoon of ACV contains 10.9 mg of potassium. Deficiency of this mineral causes muscle cramps and joint pain and potassium help to remove acid crystals from the body, maintaining joint pliability.

If you are overweight, then one of the most effective manners of relieving joint pain is by reducing weight. Why? It’s because being overweight increases the pressure on your joints e.g. your knees, hips, or ankles with every movement or every step you take.

Geoffrey Westrich, attending orthopedic surgeon and director of Joint Replacement Research at the Hospital for Special Surgery in New York explained that when we walk, getting in or out of our cars, we put three to five times of our body weight onto our joints, which means that if you are 50 pounds overweight, you put 250 pounds of increased pressure on your knees and hips which only increases the intensity of pain you feel.

According to the Arthritis Foundation, fatigue can aggravate your joint pain and make it difficult for you to manage it. There are several causes of fatigue that is associated with joint pain, but scientists assume it is mostly due to the disease process itself. Proteins in the blood released in arthritis are the same ones released when you have flu or a bad cold. Regardless of what, actually, triggers their release the outcome is the same – fatigue. 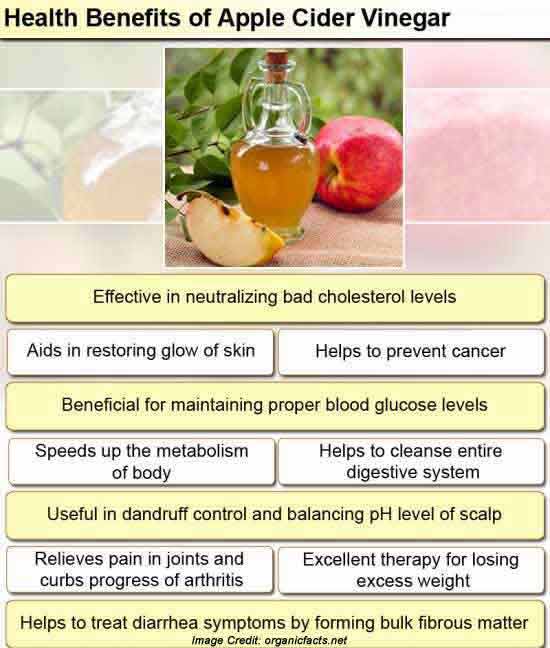 Apple cider vinegar is known for its energy-boosting characteristics. This may be due to a combination of various health benefits that are associated with ACV or it could be due to the strong alkalizing effect it has on your body when you use it on daily basis. Despite the possible cause, energy boost and decreased feeling of fatigue can help relieve the pain you feel in your joints.

The Arthritis Foundation also lists stress as one of many causes that are able to aggravate joint pain. One more reason to use apple cider vinegar for the pain you feel is its ability to reduce stress due to amino acids it contains. These amino acids assist in neutralizing the build-up of lactic acid in the bloodstream that occurs due to fatigue and stress.

When acid crystals harden in the joints and tissues, your joints become stiff and sore which also induces more severe pain. Apple cider vinegar has the ability to put the acid crystals into the solution so they can be flushed out of the body by kidneys and other organs of elimination.

TIP: You can mix ACV with honey and distilled water.

Deficiency of magnesium is associated with inflammation and increased pain severity. Plus, your body needs magnesium for stronger bones, proper nerve and muscle function. Other benefits of magnesium include regulating blood sugar levels and it helps maintain joint cartilage. Lack of healthy minerals that are beneficial for your bones and joints leads to higher pain intensity. Apple cider vinegar is rich in magnesium, calcium and other minerals that promote bone health.

Having high cholesterol puts you at risk of getting heart disease and it’s strongly related to obesity. We have already learned that obesity aggravates your condition and causes a strong sensation of pain. However, did you know that there is a scientific proof how high cholesterol is also associated with arthritis?

The study was conducted by Al-Arfaj AS, from Rheumatology Division, Department of Medicine, King Khalid University, Riyadh, Kingdom of Saudi Arabia. The findings of his research which included 113 women and 133 men were published in the Saudi Medical Journal and they showed that there is a strong association between high cholesterol and osteoarthritis.

However, due to presence of pectin apple cider vinegar lowers LDL (bad) cholesterol which could significantly relieve the pain you feel in your joints.

Apple cider vinegar is a natural antibiotic which helps your body fight against bacteria, virus, fungi, and other disease-causing organisms. In some cases joint pain is caused by infections and apple cider vinegar due to antibiotic properties can relieve the pain you feel by attacking infection-causing bacteria.

Taking a tablespoon of ACV before a meal will encourage proper digestion of food and absorption of healthy nutrients. This is of vital importance for people who experience arthritis, which can also be connected to poor digestion that leads to deficiencies in minerals and other healthy nutrients. These nutrients are essential for joint health and it’s imperative for your body to absorb them. Deficiencies of various nutrients and minerals can aggravate the pain and limit your mobility.

Apple cider vinegar has been used in traditional medicine for centuries one of its many uses is relieving joint pain. You can consume apple cider vinegar before meals, or in combination with honey and water, and you can also apply it topically on the aching joints.