The risk factors for arthritis are divided into two categories:

What are the Non-modifiable Risk Factors for Arthritis Joint Pain?

Non-modifiable factors stand for those risk factors that are beyond your control. With these factors, you’re simply powerless over them. These factors include:

1] Age: Age is one factor you can’t simply control. Though arthritis can develop at any age, various clinical studies show that the risk of developing this condition increases with age.

As you age, the cartilage (the soft tissues that cushions joint bones) starts to gradually wear down leaving bone joins highly exposed to each other. With this condition, bones start to grind over each other causing pain and inflammation.

2] Sex: Arthritis can affect any gender, be it a male or female. But available stats indicate that most forms of arthritis do affect more women as compared to men. In fact, about 64% of people affected by arthritis in the world are women. Of all the over 100 plus forms of arthritis, it’s only Ankylosing spondylitis (AS) and gout that are more common in men than in women. 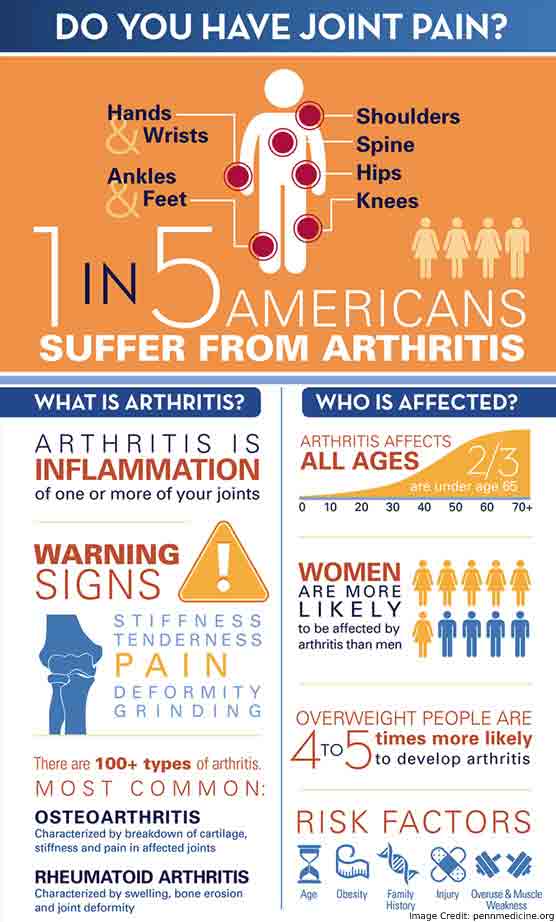 3] Hormones: According TO some clinical studies, hormonal changes are responsible for the development of rheumatoid arthritis. These studies show that rheumatoid arthritis is more prevalent in women than in men and about 70% of people with RA are women.

What we do know is that RA is much more common in women than in men. In fact, 70 percent of people with RA are women, according to the Arthritis Foundation (AF, 2012).

In addition, women suffering from RA are shown to enter remission during the stages of pregnancy and then they experience a flare-up after giving birth. This has led researchers to study the reproductive hormones’ role in RA.

4] Genetic-predisposition: Rheumatoid arthritis has a genetic link, and the disease can run in families. People containing specific genes known as human leukocyte antigen (HLA) have a greater chance of developing rheumatoid arthritis than people who do not have these genes.

What are the Modifiable Risk Factors for Arthritis Joint Pain?

Modifiable are those factors contributing to the risk of developing knee pain and you can control them. These factors include: 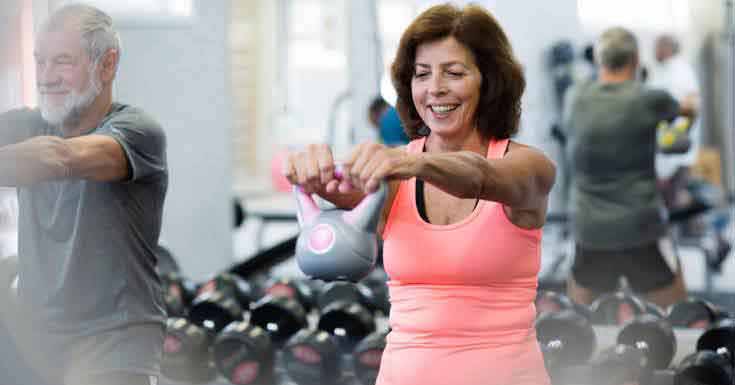 1] Physical Inactivity: This is associated with increased progression and severity of many types of arthritis. Though, lack of physical activity doesn’t directly cause arthritis, it increases the likelihood of developing it by contributing to overweight– a factor leading to arthritis.

Physical activity is also very important for controlling inflammation as well as other symptoms in arthritis sufferers. Your Understanding of the connection between lack of physical activity and arthritis can help you boost your motivation to incorporating exercise into your daily lifestyle.

3] Overweight and Obesity: Leaving your body to be overweight can contribute to the onset and progression of knee, hand and hip osteoarthritis (OA). Obesity is also associated with progression of several/severity of several other types of arthritis.

4] Joint Injuries: Injuries to the knee might eventually turn to become knee OA. Reports indicate that people, who’ve had knee injuries in the past, end up developing knee pain in the future. 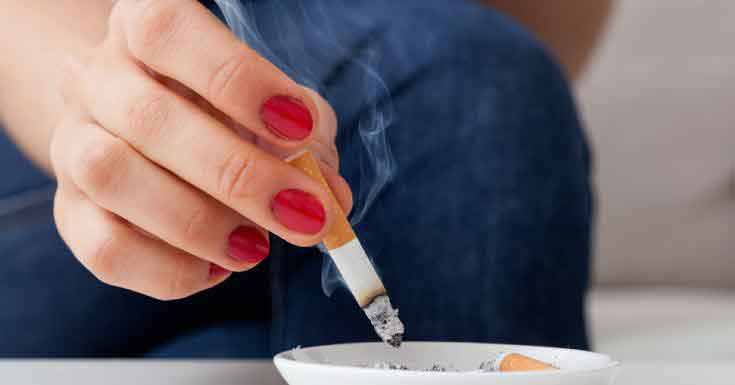 5] Smoking: Smoking has also been one of the habits that have of late been implicated with the contribution of the severity of arthritis. Lots of clinical studies now indicate that cigarette smoking has a big role to play in progression of RA if the genetic climate is right.

Currently, scientists are trying to have an understanding of how smoking could trigger, particularly an aggressive form of RA in some people.

6] Occupation: Certain occupations such as sports that involve repetitive knee bending and squatting have been associated with OA of the knee and hip. Sports such as football, rugby, basketball, volleyball, skiing and others of the kind have been shown by studies to be responsible for some cases of knee arthritis.

7] Infection: An infection is shown as a possible initiator for inflammatory types of arthritis, such as RA. Infectious arthritis refers to an infection in the synovial fluid as well as tissues of a joint. Mostly, it is caused by bacteria, but could also be caused by viruses or fungi.

Read Next: 13 Simple Ways To Get Rid of Joint Pain During Winter

Knee pain can be mild or chronic, depending on the severity of the condition. Knee pain remains to be one of the major reasons for disability in the civilized nations such as the United States and other western countries.

While doing all these, you need to establish a close working relationship with your physician for a better day-to-day management of your knee pain.