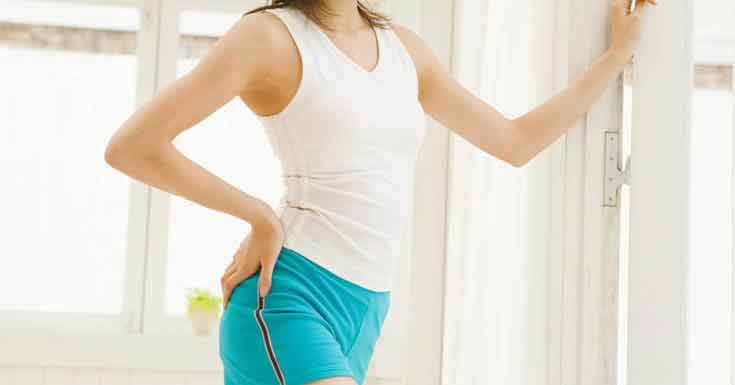 Hip and groin pain can affect athletes of any age group, but they particularly tend to occur more so in the young ones, since young athletes have a set of bones that are vulnerable to injuries and fractures.

During childhood and adolescence, the bones have various centers of ossification that continue to grow and calcify till a particular age. Injuries are more common in these areas of the bones and hence, young athletes are more prone to hip and groin traumas and hence, pain.

In contrast to this, older athletes have fully developed and mineralized bones, and are more likely to develop a tendinitis than a bone injury.

Groin injuries[1] make up to five to nine percent of all the injuries in youthful athletes.

Hip pain is a condition that used to be confined to individuals belonging to middle and elderly ages formerly. However, now, doctors have begun to identify ‘femoroacetabular impingement’ as a vital cause of hip and groin pain in athletes of the younger age groups.

Few years back, a groin pain[2] in the young enthusiasts of athletics was subjected to be treated with the ice and warmth mechanism; rest, and pain killers. If their condition did not improve despite of that, they had to return to their athletic activities anyhow.

During those days, a groin or a hip pain was mainly attributed to arise due to muscle strain.

However, with the advancements in medical technology, it has been discovered that a groin pain in young athletic individuals could be due to factors as severe as a labral tear or femoroacetabular impingement.

Compressing an injured area using ice is one of the most effective ways of reducing inflammation. The therapy is applied soon after an injury to speed up the healing process. The logic that lies here is that, when cold temperature is compressed onto a swelled area, it subdues the metabolic rate of the inflamed soft tissues. This slows down the inflammatory process so that less damage is caused and more healing takes place.

The ice compression method can be applied to bruises that occur either externally or due to internal injuries and tears. The treatment also goes well with apophyseal avulsion injuries as well as with hip pointers. 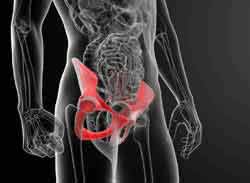 Application of Heat
Hip and groin pain in young athletes can also be overcome by heat compression methods. It applies for the same conditions as that in the case of cold compression, except that it has a different mechanism of action.

Application of heat to the injured area aids in opening up the blood vessels for an adequate blood flow towards the wound. This assures early healing and resolution of hip and groin pain. With an enhanced blood flow, excessive nutrients and oxygen can reach the place for a faster and better healing.

Physical Therapy
Physical therapy for treating hip and groin pain in young athletes comes into use for a wide range of injuries such as small acetabular labral tears, snapping hip syndrome, sports hernia, as well as stress fractures. Each injury has a set of physical therapy regulations of its own kind.

The efficacy of physical therapy in dealing with musculoskeletal injuries can be demonstrated from a randomized, double-blinded, placebo-controlled trial, that involved seventy one participants of 40 years or younger, who were all affected with patellofemoral pain. The subjects were randomly divided into two groups, one of which was provided with a six-week trial of physical therapy, and the other group was placed on placebo.

The results demonstrated that the group provided with physical therapy underwent a decline in scores for worst pain, average pain, as well as for disability. 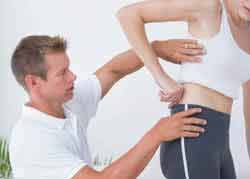 Motion and Weight Bearing Exercises
After a period of staying static and resting, slight movement with the help of motion and weight bearing exercises should begin under an expert’s supervision, so that the immobility that occurred due to hip and groin pain can subside gradually.

Surgery
When nothing works in wading away hip and groin pain in young athletes, surgery has to be performed. For instance, hip arthroscopy is carried out in cases of femoroacetabular injuries. Young individuals who are required to undergo this procedure are offered an ‘arthroscopic repair’, in which, the head of femur is reshaped and anchored in the acetabulum.
Large acetabular tears also require a surgical repair. In snapping hip syndrome, surgery is rarely indicated.

The hip and groin pain in young athletes is a rather complex matter which is mostly difficult to diagnose. In most of the cases, the cause might be more than a single factor.

In a study that consisted of twenty one patients with groin pain, nineteen of them were found to have more than a single cause for the condition. Out of these nineteen patients, ten of them had 2 etiologies, six of them had 3, whereas the rest three had 4 causes.

Treatment of such a condition must never be delayed in the young, since the pain may grow up to develop into a debilitating condition in the later years.