Have you been suffering from neck pain? Has the neck pain been disabling you from the everyday life? Have you finally asked your doctor for help? Has your doctor perhaps diagnosed you with Spondylosis? Spondylitis is different from the usual neck pain.

Spondylitis causes a neck pain that will not go away with time but it will get worse and worse until it does cause some more serious symptoms. If you are reading this article, chances are that either you or a loved one of yours has been dealing with this problem. That is exactly why, in the following article we will share all of the vital information on the topic of Cervical arthritis – Spondylitis.

We will cover everything from causes and symptoms to prevention, diagnosis, and treatment. This article aims to satisfy your curiosity but also answer any questions that you might have about Spondylitis.Let’s start, shall we?

Cervical arthritis, commonly referred as Spondylitis, is a common age-related condition that causes certain changes in the joints and discs in the cervical spine to develop. But these are no ordinary changes – these are degenerative changes that affect the cervical spine vertebrae.

In most cases, these degenerative changes occur as a result of the normal wear-and-tear process that develops as part of the aging process.

When we say age-related condition, we mean that Spondylitis is most commonly caused by the changes that occur as a result of the aging process. However, other factors, of which we will talk about a bit later, can lead to the development of Spondylitis as well.

Spondylitis most commonly affects people over the age of 60. There are no records of whether men or women are more commonly affected by this condition until now.

We already mentioned the major cause of Spondylitis – the normal aging process. This means that in most cases, Spondylitis is caused by the degeneration changes that occur as part of the aging process, with no pathological factors being involved in the process whatsoever.

Most commonly, after the age of 60, certain degenerative changes affect the discs of the cervical vertebrae, the bones become thicker and the ligaments become weaker. However, Spondylitis can be caused by other causes as well. This means that there are certain risk factors that should be taken into consideration since they have been noticed to cause Spondylitis as well.

A previous injury to the neck is a major risk factor for the development of Spondylitis. People who have specific professions such as professional athletes and gymnasts, who have been putting a lot of stress on their neck over the years, are also at risk. Poor body posture plays a certain role in the development of Spondylitis, Scoliosis, and Kyphosis.

And last but not least – family history. It has been considered that people with family history of Spondylosis or any kind of Arthritis are at greater risk of developing Spondylitis in their lives.

What are the Symptoms of Spondylitis?

Knowing the symptoms of Spondylitis will able you to recognize them while your Spondylitis is still in its early stages. This is very important because as it is with any medical issue, time is everything. By recognizing the symptoms and alerting the doctors as soon as possible, an early diagnosis is still possible and the treatment plan can be determined.

In addition, noticing and reporting the symptoms while your Spondylosis is still in its early onset will allow you to prevent any further chance for your condition to get worse and worse. the following, all of the most common symptoms[1] will be listed so that you can memorize them and report any symptom that you might recognize. 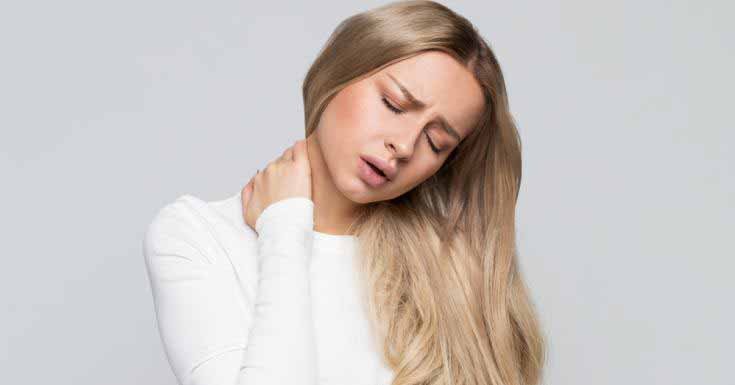 Spondylitis can also cause no symptoms until it causes nerve damage or damage to the spinal core. As we mentioned earlier, Spondylitis can progress so far as to cause spinal stenosis. When a spinal stenosis develops, other symptoms occur as well such as tingling and numbness in the arms and legs, muscle spasms, and loss of bladder control.

These symptoms must be reported to the doctor right away. If the spinal stenosis is not properly treated right away, there is a risk that the spinal cord or the nerves can be damaged permanently leaving the patient with a disability of some kind.

How Spondylitis is Diagnosis?

In most cases, the diagnosis of Spondylitis is determined quite easy, analyzing the symptoms and the general health condition of the patient. The first step is always a physical exam that will test your reflexes, test your coordination and range of motion in the neck.

A neck X-ray is the most common diagnostic method that has been used so far in the diagnosis[2] of Spondylitis because it can clearly show the abnormal growths which we mentioned to be characteristic for Spondylitis.

An MRI and a CT scan can also be ordered. If there are clear signs that show that a spinal stenosis and a possible nerve damage has developed, electromyography can be also done. All of the diagnostic methods are noninvasive and safe to be used, without the risk of having to deal with a greater pain while in the process of diagnosing your condition. 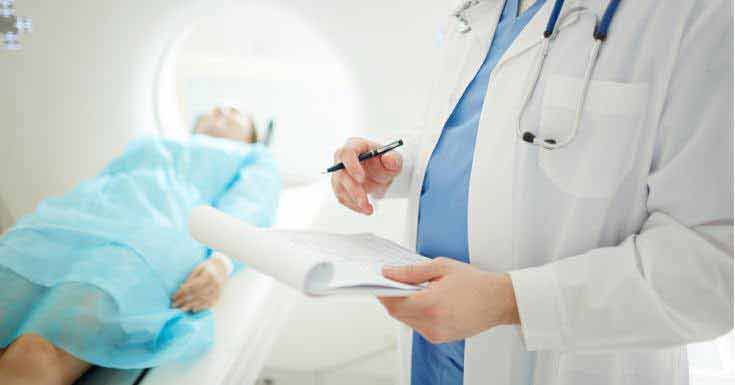 How is Spondylitis treated?

There are different treatment[3] plans that your doctor can recommend, depending on how severe or mild your symptoms actually are. The main goal of any Spondylosis treatment is to relieve your neck pain, prevent any further injury to your neck and provide you a chance to get involved in your normal, everyday activities as much as possible.

Different types of medications can be used, including antidepressants, non-steroid anti-inflammatory drugs, pain relievers, corticosteroids and muscle relaxants. Physical therapy has a vital role in the whole treatment process in order to relieve your pain and prevent any complications from occurring.

Traction is the most common physical therapy method that is being used to treat neck pain. Your doctor can also recommend trying acupuncture to relieve your neck pain which has been proven[4] to be effective for this exact problem in the past. In some cases, surgery might be required.

Surgery is performed whenever there is a development of pressure on the spinal core or any of the near nerves so that any further damage can be minimalized and prevented.

What Can You do to Prevent Spondylitis?

Although Spondylosis is not a life-threatening condition, it is still one of those many medical issues that are better to be prevented than to be treated in the first place. Since this is most commonly caused by the changes due to the normal aging process, you need to keep in mind that as your body ages, it is important for you to take on a healthier lifestyle so that you can prevent not only Spondylitis but also hypertension, heart attack, high cholesterol, stroke, diabetes and so on.

Take on a healthy diet to keep your body and mind strong and full of life. Start exercising on a daily basis. It does not have to be a full hour of heavy exercise, you can simply relay on 30 minutes of light jogging in the fresh air. Work on improving your posture and mind the way that you sit and stand, most importantly – the way that you lift.

Stop any unhealthy habits such as excessive drinking and smoking. All of these tips are simple and easy to follow and all of them will able you to enjoy in your days as an elderly as healthy as you can. 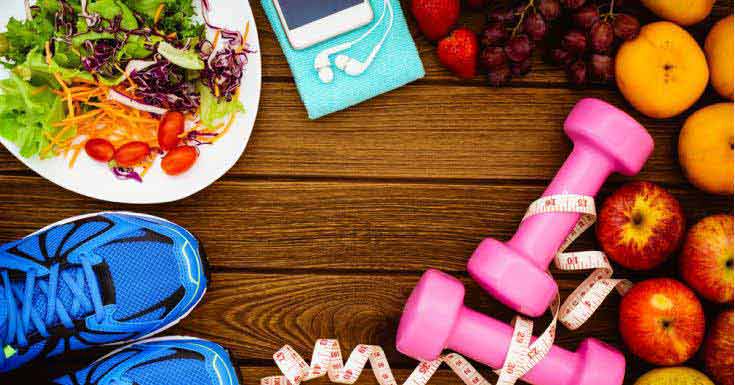 If you are suffering from chronic neck pain, chances are that you are suffering from a condition known as Spondylitis. Spondylitis, also referred to as neck arthritis and neck osteoarthritis is a common medical condition that usually develops due to old age. There are some factors that speed the progress of this condition and cause an early onset such as poor body posture, genetic predisposition, and neck injuries.

Common symptoms include neck pain and stiffness, reduced range of motion and even tingling in the arms and legs due to nerve pressure. Using an MRI, X-rays and physical exam, diagnosing this condition is quite easy. From there on, the treatment begins by applying physical therapy, acupuncture, and even surgery in some cases.

Spondylitis is not a life-threatening condition, however, it can cause some serious disability if the condition progresses too fast, too far causing nerve damage or damage to the spinal core. Do not hesitate to alert your doctor as soon as you notice any of the previously mentioned signs and symptoms. That way you can act on time and prevent any further damage to your body.