EFX Kre-Celazine is an all-natural dietary supplement that is designed for people who suffer from joint complications. The product is primarily meant to reduce pain associated with conditions such as arthritis and similar joint conditions. The producers claimed that they were inspired to produce this product after seeing that the solutions that were in the market were not viable.

EFX Kre-Celazine is available over the counter without the need for a prescription. According to the official website, this product is not addictive neither does it interact with other medications. 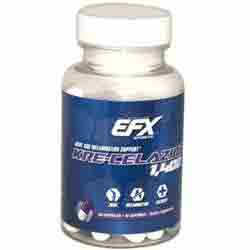 EFX Kre-Celazine is a supplement that is made using natural ingredients that have been proven safe and effective in the fight against damaged and worn out tissue. According to the manufacturer, EFX Kre-Celazine will give you an all rounded protection against inflammation and joint problems associated with friction.

It is made to be used for people recuperating from joint surgery or injuries, people who suffer arthritis or people who want to have a healthy joint life. According to the official website, it is manufactured in the United States by a company known as All American Pharmaceutical Company. This is a company that is known to produce supplements and vitamins.

What are the ingredients used in EFX Kre-Celazine?

EFX Kre-Celazine uses a blend of all natural ingredients that according to the manufacturer, are known to be safe and effective in the fight against joint pain. the most active ingredients are;

Fish oil – Perhaps the most common ingredient used in joint care. It contains fatty acids that are believed to reduce joint inflammation. Primarily, it is made of Omega-6 and Omega-3 fatty acids

Kre-alkalyn – This is a patent ingredient that is believed to have strong anti-inflammation and anti-oxidation properties.

How does EFX Kre-Celazine work?

The Advantages of EFX Kre-Celazine

The Cons of EFX Kre-Celazine

What is the Recommended Dosage Instructions?

Apply it on the affected joint topically not more than six times a day. You can also use both the EFXKre-Celazine capsules and EFX Kre-Celazine creams for optimal results.

EFX Kre-Celazine comes in two formats to guarantee results. For the best results, you should take this product faithfully for a period of six weeks. EFX Kre-Celazine is not designed to offer real-time results. If you want real time results, free feel to explore some of the products we have reviewed. 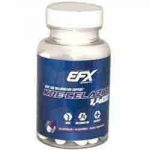 3.2 / 5.0
EFX Kre-Celazine Reviewer Rating
Have a Question?
Be specific and include what you've already tried.
Ask A Question
x